It might seem that I’m getting a bit ahead of myself, talking about the front gate while still awhile away from completing the wall that sits next to the gate.

But, I was stuck with inspiration over Thanksgiving while visiting our family in Boulder, CO. I came across an incredibly cool footbridge in the town of Nederland, CO, and immediately started taking pictures and sketching later that day. 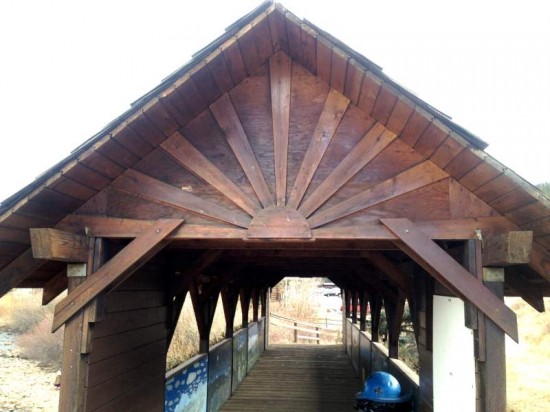 So, later that day, I did a preliminary sketch on what a front gate version of this might look like:

That drawing still needs some tweaks for certain, but overall I was really happy with the concept.

I posted the draft to our Facebook page to get some feedback, and lo and behold, I woke up the next morning with an email in my inbox from Louis-Charles Pilon, one of Seattle Homestead’s facebook page fans.

Louis-Charles is a landscape architect at Topia (facebook page) in Montreal, Quebec, and took some of his time over the weekend to create a version of my sketch in AutoCAD, complete with some of his own excellent improvements: 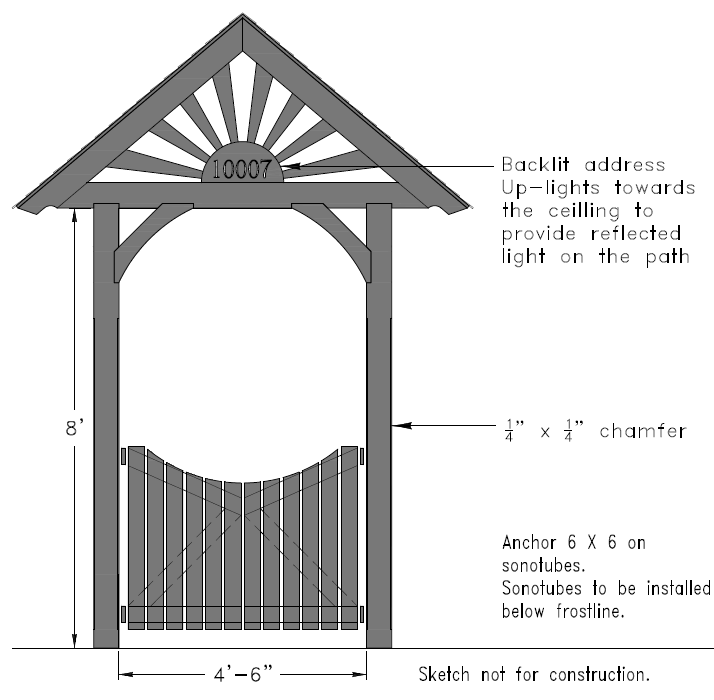 My favorite improvement by Louis-Charles is the rounded edge applied to the two right angle brackets supporting the beam at the top. 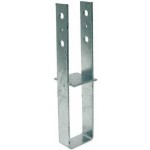 So, building a variation on this front gate model is in the work plans for 2013. Last year when we had our brick patio and walkway installed, I knew we were going to be installing a gate or arbor of some sort. I also knew it was going to have 4×4 posts that were 8 feet tall, so it needed to be very sturdy.

So, we installed CB44 brackets (like the ones on the right) into concrete posts that went 3 feet deep. The picture below shows where the 4 posts are located (the brackets are covered by black plastic planters for safety). 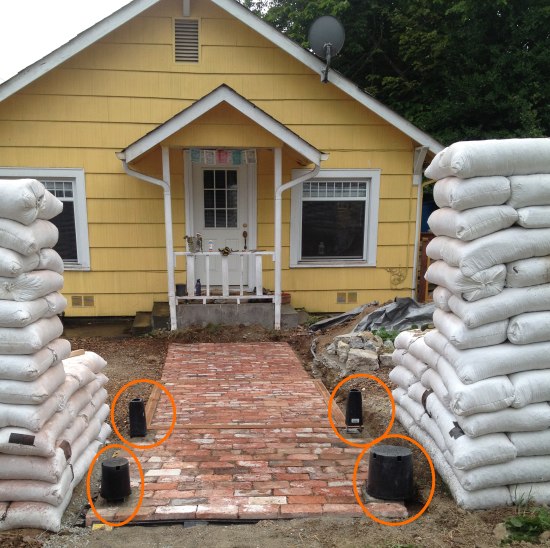 This photo was taken in August, before we had put up the stucco on either side of the front gate. Currently this section now has the first coat of stucco on both sides.

So, here’s my really rough Microsoft Paint-esque version of what the completed wall would look like with the gate. It should go without saying that it’ll look a bit nicer in real life… 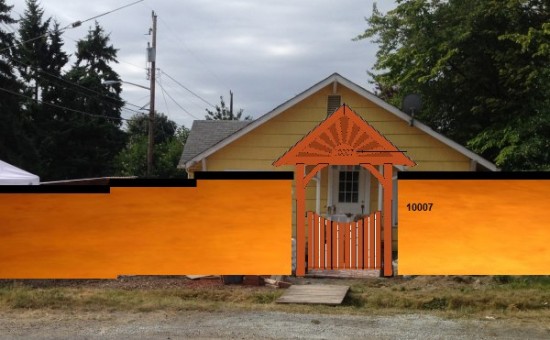 As I look at this mockup, it occurs to me that maybe I should make the pitch of the gate roof match the pitch of our homes roof.

Anyone have any other suggestions or ideas?